The last four years have culminated into a professionally edited, structurally edited, proofread, and polished manuscript.

The novel, Dead by Midnight, is based off a short story I wrote years ago. Many of the people who read it messaged me and asked for it to be converted into novel length. At first, naïve as I was, I figured it would be easy.

There are at least two dozen versions of the book – and I still have no idea which one is best. Each little change, which was done for the betterment of the book, felt strange to make. When I look back at the first draft, I can see so many amateur mistakes. I am also smart enough to admit that even this fortieth draft is likely full of amateur mistakes.

What I can say about it though, is that I am damn proud of it. But now begins the hard part. The querying process. Me, the author, sends out as many queries as I can to the agents who represent the genre I am writing in (which to be honest this book falls under New Adult, Urban Fantasy, Magical Realism, Humor, and a few others) and then wait for the form rejections. This leads me to fear my inbox and have a strange sense of anticipation at the same time. I also eat more chocolate than usual.

Over the years, I have queried agents with other works and have earned a personal response from a few of them. I know this sounds like a bit of sarcasm, but it is not. I understand that they get flooded with hundreds of queries a week and only those that shine will get plucked by their assistants and forwarded.

I have no idea what will happen this time. But I can say with absolute confidence that it has been a labor of love. I am proud of this book. And I owe a huge thanks to CS Nelson who has become a sort of writing motivator. I would have given up long ago.

Tomorrow I start another class toward my Editing Certificate. Technical Writing. Not the most exciting stuff, but from what I have seen so far it will keep my busy. Later on, I take Structural Editing and Stylistic Editing, which I am looking forward to. By the end of the year, I will have completed eight courses and be left with 3 to complete next year. Phew!

In the meantime, I will work on the sequel to the book I just finished editing – the rough draft is done it just needs some editing and because of everything I have learned in the last year, I have a good idea where to start.

So what is the point of this mish mash of a post?

Working with a structural editor was the best decision I ever made.

Keep writing until you think it’s good, then go back and edit it. 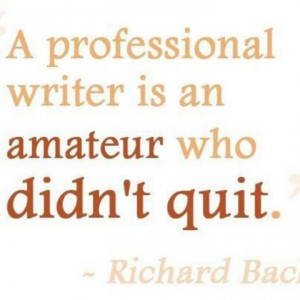